Take a look, if you've the time and inclination, at the (finally) operable web site of Little Eagle Press; try a few of the links to learn about the books we're publishing. Who knows, you may even like to own one! (That exclamation point was to show how savvy I am in the world of marketing. Can you feel the excitement?) click http://littleeaglepress.blogspot.com/

Posted by Ralph Murre at 9:37 AM No comments:

All de Live-Long Day (and night) 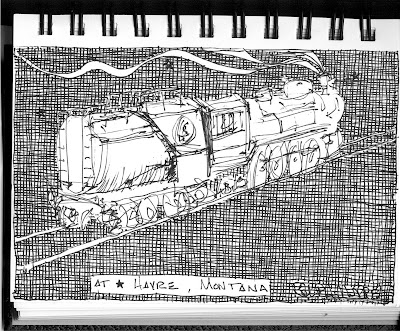 Whether Roman
Or rail 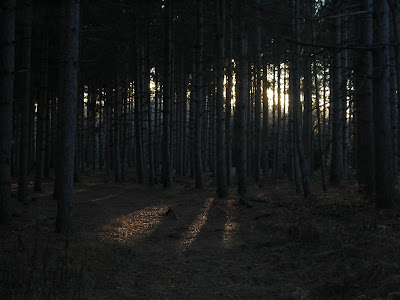 That's another old one, which appeared in my first book, "Crude Red Boat", from Cross+Roads Press.

Posted by Ralph Murre at 9:28 AM No comments:

Where does the wind come from? 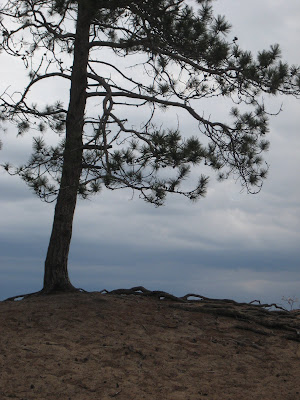 So that grandchildren will not have their heads filled (by their parents) with crazy ideas about the source of the wind . . .

Trees listen very, very carefully.
They hear the things which we can barely dream.
And sometimes they hear music.
Only trees and tall grass and water
can hear these tunes.
And the music is so good,
that the trees can’t help but dance!
An oak or cedar or birch,
its feet deep in the earth,
does not dance in the same way
as a whale or dog or person,
but it can sway its mighty body and shoulders
to the rhythm.
Not much happens when tall grass dances,
but when whole forests of trees
begin to dance,
they stir up great winds.
These winds carry the quiet music
to other forests of trees and prairies of grass
and oceans of water.
Soon, they are all dancing
to the music
which even whales and dogs and people
cannot hear.

We must be very quiet near trees
and tall grass and water,
so they can hear the music.