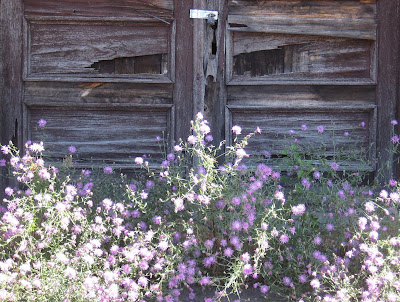 As we’ve done before, and I’ve done before that, we point toward the Keweenaw – once copper rich, now dirt poor – the Upper Peninsula of the Upper Peninsula of Michigan. North of Green Bay and the Fox Valley’s fortunate, farmlands fall away quickly, and so does any evidence of recent prosperity. Forest and bog slide by a million trees at a time and we get into the big land of Tookaway. Took away iron. Copper. Silver. Took away first-growth timber and First Nation people. Took away everything of value. But the invaluable remains, flourishes. The rivers flow. The trees grow. A few people eke out a life.
In Houghton, browned men and yellow machines dig at the pavement. The dirt. The history.

The railroad tracks have been removed from the lift bridge to Hancock; the taking away complete. Quincy smelter ruins of the past fight for the right to co-exist with condos and other ruins of the present. Wavelets of blue water make a chuckling sound as they nibble at foundations.
Climb the long hill to Calumet. Behold glory gone so quickly there was barely time to screw-up its old quarters. Barely money to re-muddle the red-on-red stone and brick of the place, now deemed unsuitable for Mom, Pop & The Oh-So-Average Kids, but not yet vacated by the denizens of depression; the drunks, the drifters, the drop-outs.

In a nation that’s just getting back to hard times, behold a place that’s harbored them for a couple generations since the mines have played out. Behold the look of uncommon wealth gone away. We may all get used to it. But look at the handsome buildings left behind; left for the taking. Look at the epitaph of The Good Life. Look at the good folks fixing up in spite of churches out of business along with their parishioners, dance halls along with dancers, milliners with mills.

in an empty street
as if something might happen
a cameraman

Even some of the taverns have closed, unlikely as that may sound. Even some of the best of them. Elegant emporiums of leaded glass and leather-backed booths, of mahogany and madness. A few remain.

In the vacuum, after the great sucking sound of the removal of resources has subsided, come the artists and poets and other marginalized people with imagination, drawn by the low rent and high ceilings of the place, drawn by the Big Sea Shining Water so close at hand, the Woods, the Cliffs. Drawn by the very fact that this is a place away. They fix things, some. They fix more. It starts to get pretty nice. They win a few. They lose a few. If they win too many, they lose it all, because property values go up to the point they can no longer afford to stay. They find a new town, I suppose, and make it safe for realtors and re-zoning. In the meantime, Calumet is just the mix of heaven and hell that I like to visit when I can.
May our friends, the fixer-uppers on the Keweenaw Peninsula, stay ahead of the forces of gravity, entropy, and the tearer-downers; but not so far ahead as have our friends on that over-priced peninsula of Wisconsin, which we call home.

really wonderful Ralph. Traveling to the UP for me, hurts my heart. I love how you capture the truth of it.
pea n' luv. jeanne

Ditto Jeanne, Ralph. I lived in Bldr. Jct. '88-91, & had visited my retired folks there many times the prior decade. I, being always a wanderlust curious-er, drove North to explore like you...Reading U.P. North, I felt like you were speaking my visions of 'robbery', loss, exploitation & sadness. It's only freshness now, the pure air...
Thanks from another soul & keep picturing it for us all. I see you as WI Poet Laureate already.
Fondly,
Gerri

Wish I would have been in that green car! Ralph, this is amazing. I love how you capture it all. I can see it all through your words. So sad. So beautiful. A wonderful little read. And I agree with Gerri about the poet laureate thing! ;o)

Unexpected pleasure of the season!

Thanks for sending and for sharing your sensibilities and your art, visual, photographic, word-fashioned, old and new fashioned!

May you and yours have a wonderful holiday and many happy returns.