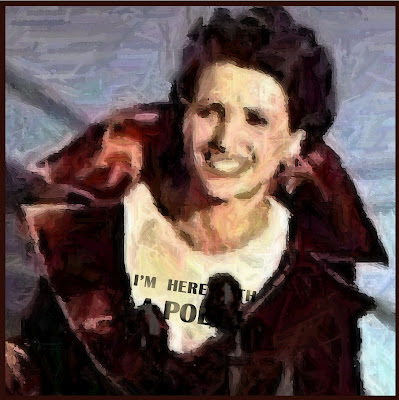 There doesn’t seem to be a major award ceremony
for best daydreaming,
though I imagine long limos
and carpets in the streets
and, perhaps, Juliette Binoche
confidently holding my elbow.
As the giddy reporters recede
and camera men are beaten back,
( I modestly assume they’re focused on Juliette)
we settle into the thick plush
of the multi-tiered theater and
anxiously await Best Performance
in a Leading Role; Domestic Daydream,
Comic or Tragic; Male.
I am, of course, honored simply
to be mentioned in the same breath
as my rivals, and Sam Shepard
and Penelope Cruz hand me
the weighty statuette. Penelope, in congratulation,
( and a see-through gown cut down to here)
kisses me for an embarrassingly long time
which makes Juliette frightfully jealous
and I am speechless, except to thank
Walt Whitman and Mohandas Gandhi
and no one can explain why
Joan Baez and Julie Christie
rush the stage before I can be led off
to safety where I find that
I am in a laundromat;
driers slowly turning,
a light rain tapping the window.

previously published in Wisconsin People and Ideas
Posted by Ralph Murre at 12:00 AM

I love the way this recounts a daydream in a humorous, very self aware way!