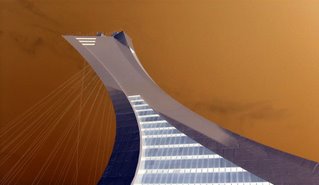 a little journey to somewhere else
a look into the sky, a stranger's eye
another spider's imperfect web --
a weary road beneath the tires
a hard worn air beneath the wing
another experienced motel bed --
and home, the sheltering gable
and home, the well-laid table
a familiar hue, a look into the heart
overhanging pine and a familiar sky
though gray, my own gray geese fly

- ralph murre
Posted by Ralph Murre at 9:29 PM No comments: 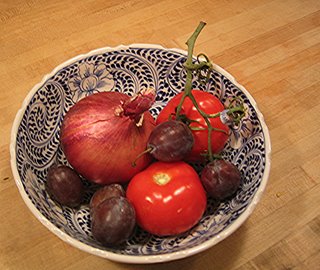 Eat, drink and whisper a prayer of thanks. It's o.k. if you don't believe that anyone hears prayers. And it's o.k. to be merry.

Email ThisBlogThis!Share to TwitterShare to FacebookShare to Pinterest
Labels: holidays and such, photos, random thought, thanks 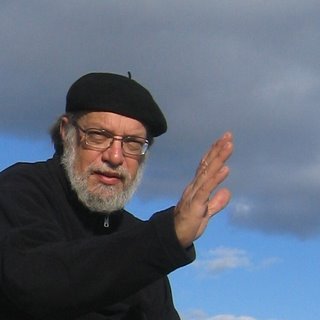 Detail of a photo by Nancy Vaughn

Tomorrow will mark the first anniversary of this blog, and I look through the archives wondering what it is, just as I wondered what it might be on the day of its inception. It has become a part of me, I suppose, and like the rest of me, must seem a little peculiar to a new acquaintance.

Who is this Arem Arvinson, for instance? I first met him a few years ago and found that we had some things in common, including this body and this skull we share. Even his name, Arem, is pronounced like my initials: R.M., and my dad was named Arvin. Just where he came from is uncertain, but he seeks to counsel the neophyte writer in me - and to influence me in other areas - for which I must be on my guard.

Arem is the sort of guy who buys motorcycles instead of life insurance, has a bar tab instead of a savings account, would take a lover instead of a wife, believes in everything, worships nothing, has salt water and hot blood in his veins, and writes better haiku in a few seconds than I ever will in a lifetime. He's more at ease on a tops'l yard in a gale than he is at a dinner party and while I fear him, I also envy him.

When I can get him to talk, this blog will be about his voyage; when he's silent, I'll keep filling in with bits from my own mundane journey.

A few notes: Photos and art (?) not otherwise credited are by the author. Clicking on photos will enlarge them. Many more entries can be found in the archives (it could be a long winter). Visit some of the sites in my links area, over there on your right. Comments may be left by clicking "comments" at the end of each entry, but can only be accepted if you type in a code of letters which will appear in wierd print just above the box where you'll type them. This is to beat the Evil Spammers. You can also email me at caparem(at)charter.net, but you must substitute the "@" symbol for "(at)". This, too, is to beat the Evil Spammers, who should all die.
Posted by Ralph Murre at 12:25 PM No comments: 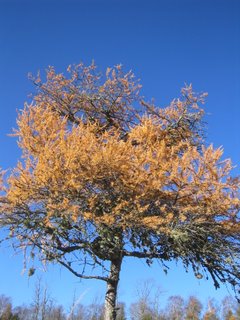 with sky in its arms
the tortured gold tamarack
holds a blue lover
- arem
Posted by Ralph Murre at 11:29 PM No comments: 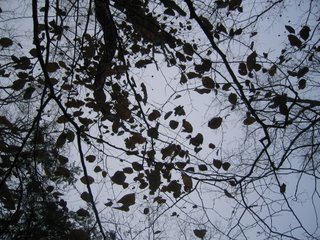 As the dark tea of November
pours from a tarnished silver pot
life is slowly sipped
bitter dinner of winter dreaded
brief sweet of holidays anticipated
and daylight, oh God
the last shred of daylight
must be chewed from the bare bone
and savored.
- Ralph Murre
Posted by Ralph Murre at 12:30 PM 1 comment: 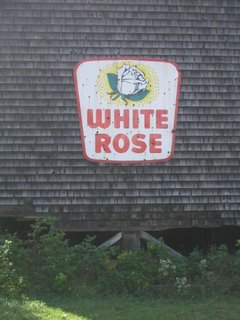 She carried a single rose
to this ceremony,
as they all did,
but she knew its value,
carried it close,
shared its beauty with few.

Of the windblown meadow
and tangled wood, this flower,
of the salt sea and earth.
And into his unsteady hand
she placed this rose,
trusted the touch of the gardener,
the trembling jaws of the wolf.

And the wind blew the grass
and sang of love to the pines,
just as though this was the way
the world had always been. 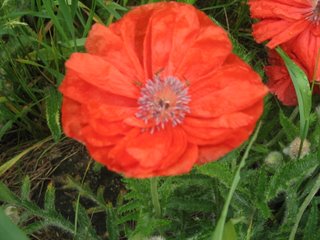 When the last of Summer’s fleecy clouds have past
and the gray ground freezes over graves,
when slaves are dreaming “Free at Last”,
and when the chief fails to mourn his fallen braves,
look within.

When you hear “don’t raise your sons to be cowboys”,
or “don’t take your guns to town”,
or when the crying won’t drown the noise
of another soldier stumbling down,
look within.

Email ThisBlogThis!Share to TwitterShare to FacebookShare to Pinterest
Labels: holidays and such, photos, poetry, war and peace 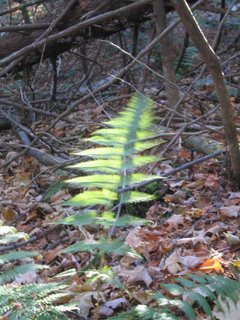 there is a new light
in the tangled wood today
the wolf hesitates
- arem
Posted by Ralph Murre at 8:55 AM 1 comment: