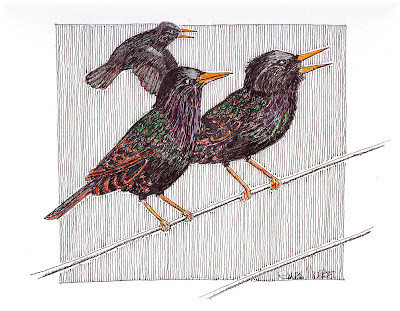 Here's an excerpt from something I'm working on:


. . . you have to know that in that time and place, they were Ma and Pa.  Most everybody's parents, unless they were thought to be putting on airs, were Ma and Pa.  Baths were taken on Saturday nights.  You went to church on Sunday mornings.  Yes you did.  Public schools were mostly walked to, had one classroom and two outhouses.  Catholic kids, though, were most likely to go to St. Michael's.  Several rooms.  Indoor plumbing.  Hail Mary, full of mackerel.  We all got along fine and settled minor differences with fistfights.
In our little school, Miss Nedra Quartz held sway over the eight grades, or as many grades as had students in a given year.  She was it.  Teacher, nurse, theatrical director, janitorial overseer (we kids were the janitors), cop.  Palest woman I ever saw, when she wasn't red with rage, which was fairly often.
And yes, we did walk to school.  Just a mile and a half for me, through snow and rain and dazzlements of all sorts, for a few years.  Then, Miss Quartz's brother bought a station wagon which became our schoolbus.  Comfy, but without dazzlement.  Unheard now, the curses of blackbirds, the scat-song blessings of bob-o-links.  Un-sniffed, the  wild roses in fencerows, as we traveled the graveled and dusty distance in a wood-sided Ford, assuming everybody in the whole world liked DDE, DDT, and Wonder Bread . . .     ~ Ralph Murre
Posted by Ralph Murre at 7:35 AM 1 comment:

Imagine my surprise, when in a shameless act of self-googlization, I learned that I do not exist. Not in these United States. 0 people named Ralph Murre. Which I take to mean "zero". But it might be O, I suppose. As in "Oh, people named Ralph Murre, why are you here, googlizing, when you could be sitting on the terrace of some pleasant taverna overlooking the sea, writing the poems that would save the world?" Alas, no, all I can see is zero. A circle of nothing. It gives me pause . . .

on this hillside
where blossoms have drifted
we wait for fruit 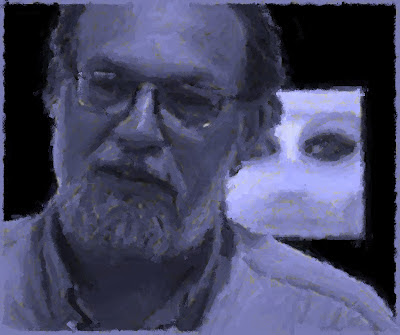 when a poet
attempts to be a painter, too
how can he afford
all those shades of blue? 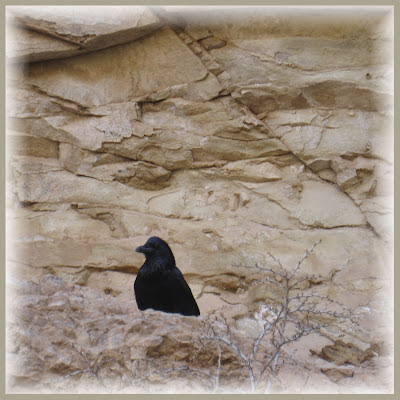 so much to observe
so much to comment upon
must he also eat?

The Thing About Steel 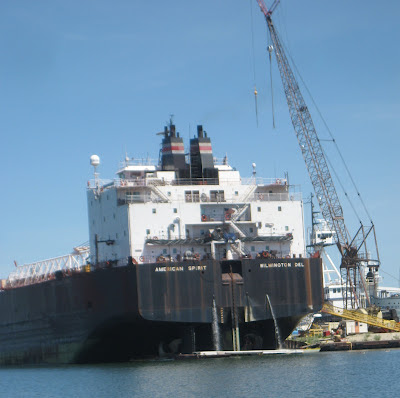 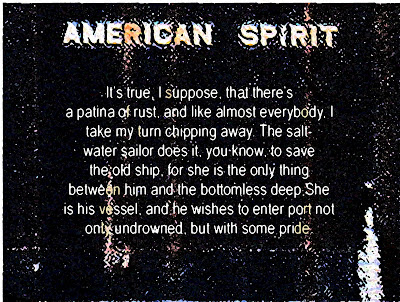 The freighter American Spirit was in port here for repairs lately, and seeing her proud name rusting away seemed to cry out for some sort of Independence Day comment, some little State of the Union report. I think the ill-kept stern of the ship provided a fine digital blackboard and a fine metaphor.     ~ R.M.
Posted by Ralph Murre at 12:37 AM No comments: