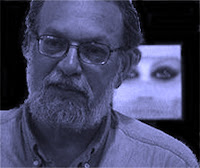 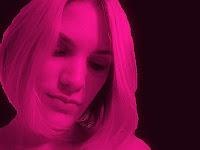 We'll try again to have our poetry reading in Fond du Lac, the exceptional Mary Durlin and I, and we hope you'll be there. Originally scheduled for February, we had to cancel because of bad weather and other difficulties. So - this may be our last chance - Tuesday, April 1st, 7:00 PM, (promptly, we think) at The Windhover Center for the Arts, 51 Sheboygan Street, Fond du Lac.

An open mike session will follow the readings of the featured April Fools, so bring your stuff; let's see watcha got. 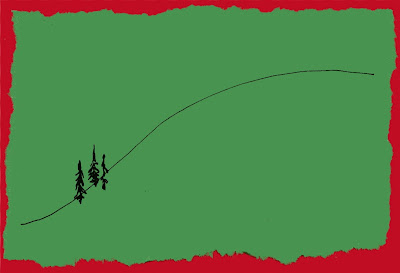 I'll bet this hill looks the same
to casual observers in their casual shoes,
and the sun shines as before on their shrugging shoulders.
But here on the slope, where we rest in the shade,
and think about the progress we've made,
we see thickets and boulders
and the shining brow is so far, so far.
And the hill grows larger
and the day grows short
and my dear, you and I grow older.
- Ralph Murre
Posted by Ralph Murre at 11:50 AM No comments: 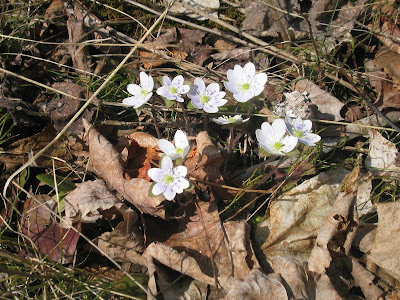 Ah, Spring . . . showers and flowers
birds and bees, motorcycles and
mercury rising and everything
flowing, flowing – sap and streams
and hormones and young men’s
fancies turning toward love and
some turning toward fancy young men
and Christ dieing on the cross
so we could be dying eggs of
fertility on the first Sunday
after the first full moon of spring
sing it with me – SPRING –
you know the tune – and rising again
to remind us to feel guilty forever
but he really was a nice
young man, fancy, I suppose
what with the halo and all but
when he said “suffer the little children”
I don’t think he meant it like that
I think it was more like allow
the little children ‘cause I got
some stories I wanna tell
- but you know how it goes when
you’re translating from Aramaic
into King James’ English – allow
the little children to hear the stories
and then stand back and allow
them their fancies and I really
don’t think he meant they should
suffer if some of their fancies
are different than yours or they’re
marching to the beat of other birds
and bees than you’re hearing ‘cause
if I’m wrong why would his
wise old Dad have created Spring?

thought from the road

a haiku, you know
is not a bumper sticker
so much as a bump
- arem
Posted by Ralph Murre at 10:25 PM No comments: 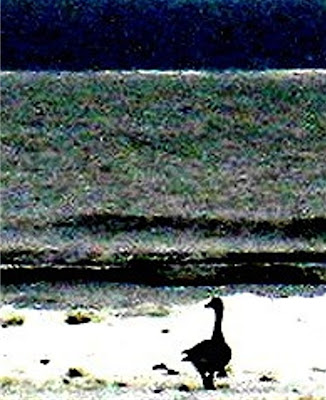 in this late winter
more slippery than ever
walking on the edge
- arem
Posted by Ralph Murre at 11:37 PM 1 comment: 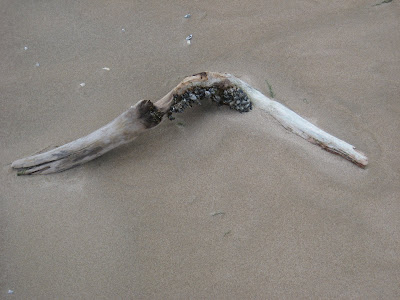 their houses alike
a village where the road bends
and one another
- arem
Posted by Ralph Murre at 9:58 AM No comments: 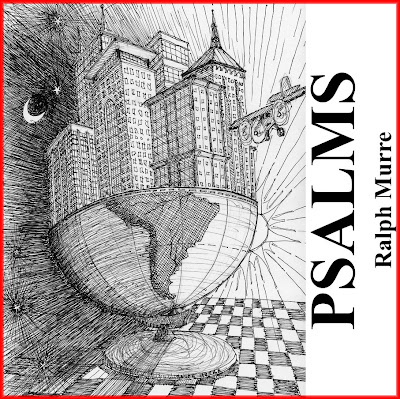 O.K. This is me being proud and excited, announcing the publication of my second book, Psalms, in which I present a major poem in fifteen verses and a lot of new pen-and-ink drawings. Don't let the biblical reference of the title put you too far off - this book will likely offend the religious and the atheistic in equal measure. Or not - as early reactions from both seem pretty favorable. I hope the book will find a place on the shelves of art lovers as well as readers of poetry, and especially those of both factions who may appreciate a bit of homage to the beat generation.

So what's it cost, how can I get it, and etc.? The book will cost you a cool $12 bucks, American, plus $3 for shipping to anywhere in the world, I guess. Order from Little Eagle Press, 6016 Cave Point Drive, Sturgeon Bay, WI, USA, 54235 - or email me at littleeaglepress@gmail.com for details. If you want the poem (and a lot of other good lit.) without my art work for a little less money , contact "After Hours", a journal of Chicago writing and art, at http://www.afterhourspress.com/, and request a copy of the Winter 2008 issue. 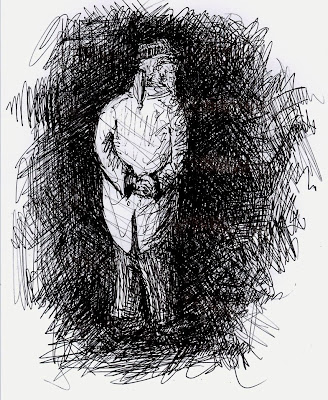 old white-bearded man
dragging your feet through the fields
time for you to go
- arem
Posted by Ralph Murre at 10:19 AM 1 comment: 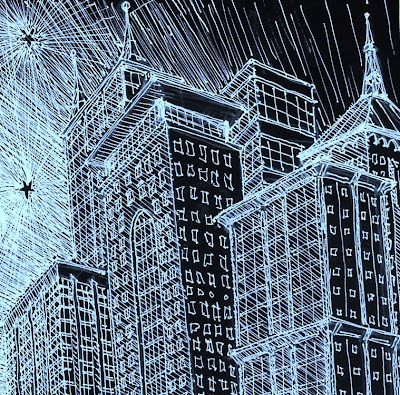 She was wide-eyed she said, from the country,
when in her first Chicago week
a neighbor lept from his tower
to find that he could not yet fly,
and her eyes narrowed a little, I suppose.
Not sure yet, if this is a poem, or the start of a poem, or no poem at all. It may be years before it comes back as a real poem, if it ever does. Such is the process with me. The story, by the way, is from Bronmin Shumway, one of the fine poets who I share space with in the latest issue of AFTER HOURS, a journal of Chicago writing and art.
Or maybe, it'll come back as a song -
Wide eyed she said, wide-eyed she came
to the city that scratched at the sky.
And a stranger jumped, as a stranger might,
some time in the night from his tower
to find that he could not fly.
Wide-eyed she said, wide-eyed she came
from somewhere in the sea of tall grass,
and I wonder now, as I see her smile,
if once in a while there are tears mixed in
as she looks through rain on the glass.
Wide-eyed she said, wide-eyed she came,
and a stranger jumped without leaving a name
in the city that scratched at the skies.
Be better to her, lofty city,
be better to the country lass.
Be better to her, mighty city,
do no more to narrow her eyes.
- Ralph Murre
Posted by Ralph Murre at 9:21 AM No comments: