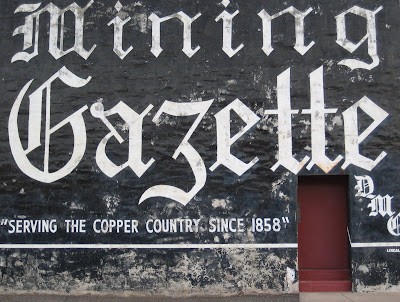 He who travels on peninsulas must expect someday to to turn back.

Sure, you know about the red metal of common cents
and wires, its green patina inspires your sense of age,
and you’ve seen page and page of the Keweenaw’s
bardic sage talking of the Cliffs, but ‘til you’re there,
you don’t ask the what ifs, the copper-clad history
stiffs ya ‘til it stares ya in the face, this place evades
explaining term, not a germ of the thing comes through
‘til you stand on a zillion tons of rock broke and hauled
from shaft to light, this zillion ton blight a story of men.

Sure, you know, sure, you know, about the men –
the native men whose red metal was found on the ground,
the intruding men who showed the way to the deep dark
metallic middle-Earth toil, the Earth altering, never
faltering toil, the five-thousand foot down toiled rock,
the shock of Earth-rape tragedy, sure you know, sure.
About the men in Pittsburgh and Boston, lost in greenback
red-metal reverie and railroaded resource removal ‘til
it’s played-out and gone, ‘til it’s played out and gone.

Sure, you know, don’t you – about the Caesarian-section
birth from Earth of spirits unnamed, untamed – torn
with the red metal to the surface – left there in mourning
bourne of Earth-rape tragedy, warnings hidden now by
green drape raggedy forest recovery, winter morning
long-white snow-covery, oh, very well hidden warnings,
but stone rings mark spirits' homes and poems are writ
and hung in trees to appease these gods, these gods who
won’t be played out and gone in this little story of men.

I am an inveterate traveler on peninsulas, and a turner back. Of course, I've spent most of 40 years on one, but find myself continually drawn to other peninsulas of the Great Lakes, the Bruce, the Garden, the Keweenaw -- always comparing them to the Door, always asking "what if . . ." in the manner, I suppose, of travelers everywhere, newly enamored by their surroundings. If you think that my writing about the Keweenaw (see my post "U.P. North" from July '09) bears a streak of "don't throw me in that briar patch", you are quite perceptive. I rarely mention what's wonderful about the places I travel, because as Dave Engel said in a poem he read the other night in Calumet, "I don't want to see you there."
Posted by Ralph Murre at 8:03 AM No comments: 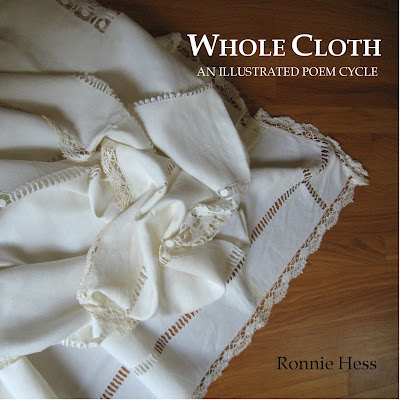 The latest from Little Eagle Press, and a very proud addition to our in-print list, is WHOLE CLOTH, by Ronnie Hess. The volume tells, in well-crafted verse and illustration, the story of Ms. Hess' exploration of her husband's genealogical roots and their subsequent transplantation onto American shores. "Roots" is the right term here, because they were hidden well underground and serious digging into the rocky soils of the Sub-Carpathian Rus' was required to unearth them. To tell such a tale would in itself be interesting, but hardly unique; to tell the tale in compelling poetry is a much greater challenge, and the one to which Ronnie Hess has risen admirably. 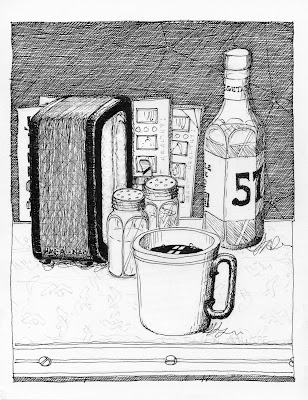 So I'm sittin' at the counter
like always
not feelin' that chipper
sr. discount cuppa joe, black
like always
He comes in, starts yackin'
like always
givin' me the blow by blow, see
of how he squeeked out this victory
in a tough solitaire game
I say fer d'chrissake
why d'ya think they call it SOLITAIRE ???
n'why 'n hell aincha fishin'?
He says somethin' 'bout
his old lady's bum leg
like always
n' I say I didn't ask
why y'r old lady ain't fishin', y' putz
an' he's back with
the freezer's full anyhows
and why ain't YOU fishin'?
Aw, hell, I tell him
lookit today's special
Atlantic Cod, all you can eat
$4.95
Can't afford fishin'
I tell him
pretty much
like always 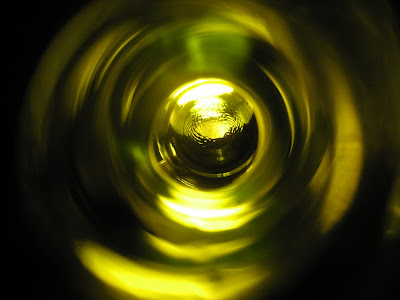 But -- this little reality we've built
and shingled so carefully
to keep out the dreams --
can't we paint it a brighter color ?
~ RM
Posted by Ralph Murre at 12:03 PM No comments: 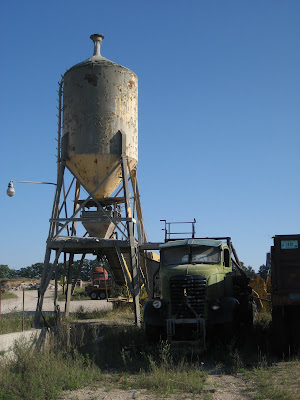