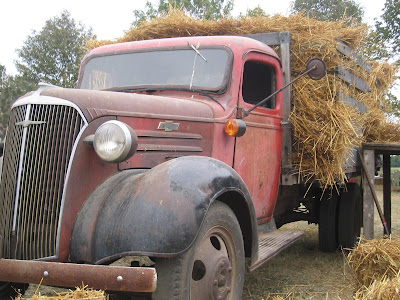 All of these years blown away
like calendar pages in a black and white
movie I saw once when I was little,
kind of hokey, I mean –
the years and blowing around like that –
and me in the wind all the time
and my fragile shelter leaning to leeward
and me leaning with it like a strawhouse pig
with The Tabernacle Choir of Wolves huffing
at the door, an empty fridge,
and thinking, sticks, I could have built with sticks,
been a nine to five pig with a long commute,
gone to a straw house for a 2 wk. smmr. rntl.,
been a regular boar, dreaming of brick. 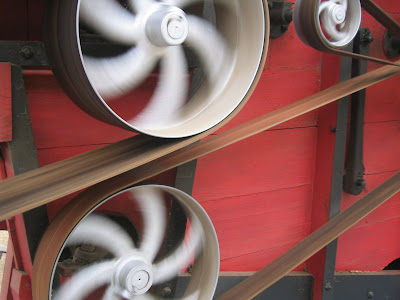 "little wheel spin and spin"
Buffy Sainte Marie told us,
"and the big wheel turns around . . ."

and the wheels still turn
and the world goes 'round
and a little gets lost
for everything found
and the clouds still spin
through the sky, through the sky
and I thought I saw you
floating by

and the dark horse goes up
as the white one comes down
and the music plays on
as the children go 'round
and the song seems to be
you and I, you and I
smile at me as you go
spinning by 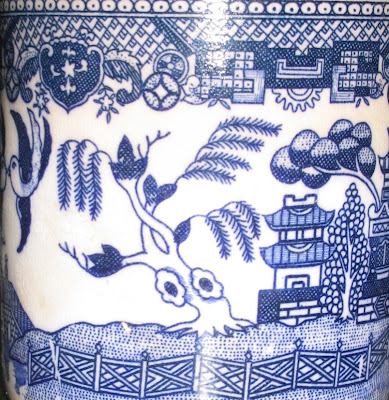 blue willow weeping
in the wind of a low bank
the beckoning limbs
- arem
Posted by Ralph Murre at 4:40 PM 4 comments: 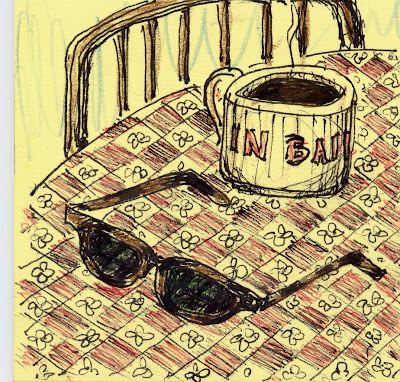 the unbearable blue of cloudless skies
reflected in your dark glasses
but, today, the clouds

the spacewalk with no tether
free, at last, of safe gravity
but, today, the earth

the dream of flight, so close at hand
a pair of cranes leaves home
but, today, they return 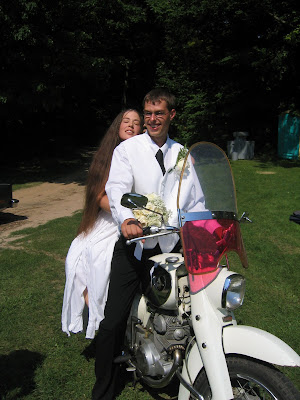 Many of you younger readers won't remember this, but there was a time, shortly after the Beatles* left the side of Baba Ram Dass**, when he was visited by Bebe Rebozo***, who was in something of a quandary.
"Baba", said Bebe, "I have lost my way. I am clearly not a Beatle, but if I were, what advice would you have for me?"
"Bebe", said Baba, " I will tell you what I would tell you if you were not just you, but a Beatle, too: Bebe, you must simply BE Bebe!"
"But Baba," babbled Bebe, "I have forgotten how to just BE Bebe, and what's more, I don't know if I even want to be Bebe, Baba."
"To be Bebe, or not to be Bebe;" rebutted Baba,"that is the . . . (to be continued)
* Popular English Rock and Roll Quartet
** Garden Grown Guru
*** Friend and confidant of Richard Nixon

Posted by Ralph Murre at 6:19 PM No comments: 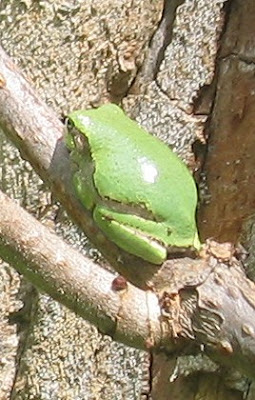 just past the fork
a moment's indecision
too late to go back?
- arem
Posted by Ralph Murre at 7:49 PM No comments: 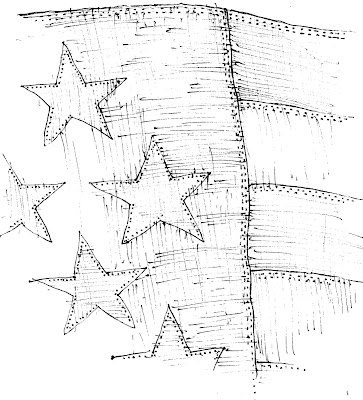 Suppose for a minute we are brothers, you and I. Suppose our mother has been attacked by a terrible disease. In the course of fighting the illness, our mother has become addicted to the drug which was prescribed to cure her. Now imagine that one of us feels that the medicine is doing her more harm than the disease and is struggling to get her off of the drug, while the other is convinced that she will surely die if she stops taking her medication, and fights to keep her taking it. Can we say that one of us loves his mother more?