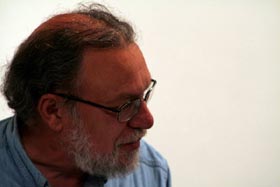 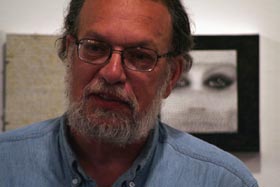 photos by Eddee Daniel, I believe

I got to thinking, this morning, about that phrase, "I was beside myself - with joy, anxiety, fear, etc." Nobody, it seems to me, talks about being beside himself with schizophrenia. I seem to remember that Lara was beside herself when she learned that Zhivago was in town. Anyway, I wondered a little about where the phrase came from and how it might have been originally used. I went to Google, that sum of all human knowledge, and learned this:

"Beside" was formerly (15th through 19th centuries) used in phrases to mean "out of a mental state or condition, as 'beside one's patience, one's gravity, one's wits'" (Oxford Engl. Dict.), and that use survives only in "'beside oneself': out of one's wits, out of one's senses."

"Beside himself. Why do we describe a distraught person as being 'beside himself'? Because the ancients believed that soul and body could part and that under great emotional stress the soul would actually leave the body. When this happened a person was 'beside himself.' This same thought is to be found in 'out of his mind'; and in 'ecstasy' too. 'Ecstasy' is from the Greek and literally means 'to stand out of.'" From "Dictionary of Word Origins" by Jordan Almond (Carol Publishing Group, Secaucus, N.J., 1998)

Well, there you have it, direct from Secaucus, N.J. - one of my favorite place names, right behind Hohocus, N.J. and Knob Lick, Mo. (But the mind wanders.)

Anyway, I thought that I've been feeling rather beside myself lately, in a multiple personality disorder sort of way. That is, all those different people that I've been, seem to be banging into each other in a rather annoying fashion. Little Eagle kicking Arem Arvinson in the shins. Van Ro and Skinny drunk and disorderly at Ralphie's Bar & Grille. It used to be easier to keep them all in their little compartments, their time frames, but now that I'm getting a bit older, everyone is just running willy-nilly. (Not a place name so far as I know, but it would be good.)

It used to be easier, too, to keep in compartments the Indian scout/farm boy, the art student/boilermaker, the boatbuider/land surveyor, the house carpenter/motorcycle racer, the glass blower/architect, the mariner/poet/dreamer, the husband/lover, the father/grandfather/doddering fool. But it's getting tougher all the time and the writer doesn't seem to care. The writer likes being beside all of these selves. And today, the writer is in ecstasy.